"Warmed by the sun, blown by the wind..." are the opening words of an unfinished poem by F.C.B. Cadell, one of the four Scottish Colourists known for their bright, distinctive works. These early 20th Century Scottish artists which included S.J. Peploe, J.D. Ferguson & G.L. Hunter, though never an actual group at that time, individually visited and trained in France to continue learning their craft. Cadell returned to Scotland in 1908.

I have always admired Edinburgh-born Cadell's work, visiting the Scottish National Gallery of Modern Artwhenever possible. So, when I came across the Iona Craft Shopwools at the Edinburgh Yarn Festival in March last year I knew that I wanted to use their very special single origin wool to interpret one of Cadell's paintings, "Iona Sound and Ben More" as shown above. Their yarn comes in a range of natural and beautifully dyed colours, with thicknesses varying from weaving yarn to DK to Super Chunky.

Cadell visited the Hebridean island of Iona, which lies off the southwest of Mull, almost every year from 1912 until 1933, except when he served as a private in the Royals Scots during WWI. During his annual summer trips, he would paint the land and seascapes of Iona and Mull. My first trip to Iona was during a geology field trip in the eighties. I subsequently visited with Neil, and then in 2008 with our sons and of course, Badger! It's a very special place that I can't wait to revisit.

I first designed an interpretation of the background seascape and worked out the wool gauge. After machine knitting the base fabric using both the Iona DK dyed wool and natural-coloured weaving wools, I washed and blocked the material. Once dried and attached to a tapestry frame, I was able to hand embroider the bag using these same yarns to highlight specific details. Buttons were then added to depict the rocks in the painting. The clouds, handles and lining were made out of a beautiful linen fabric from Scottish Linenin Kirkcaldy, Fife. 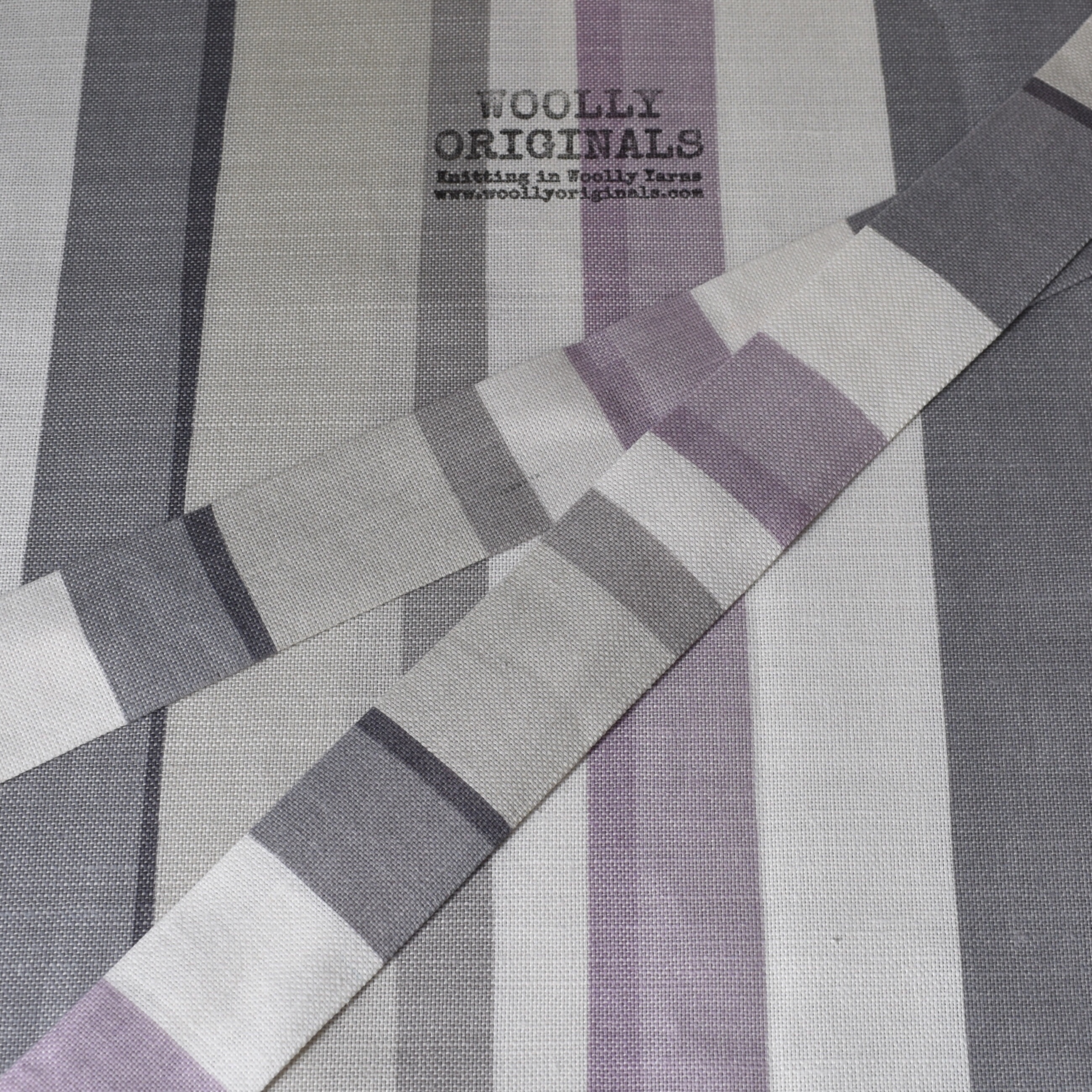 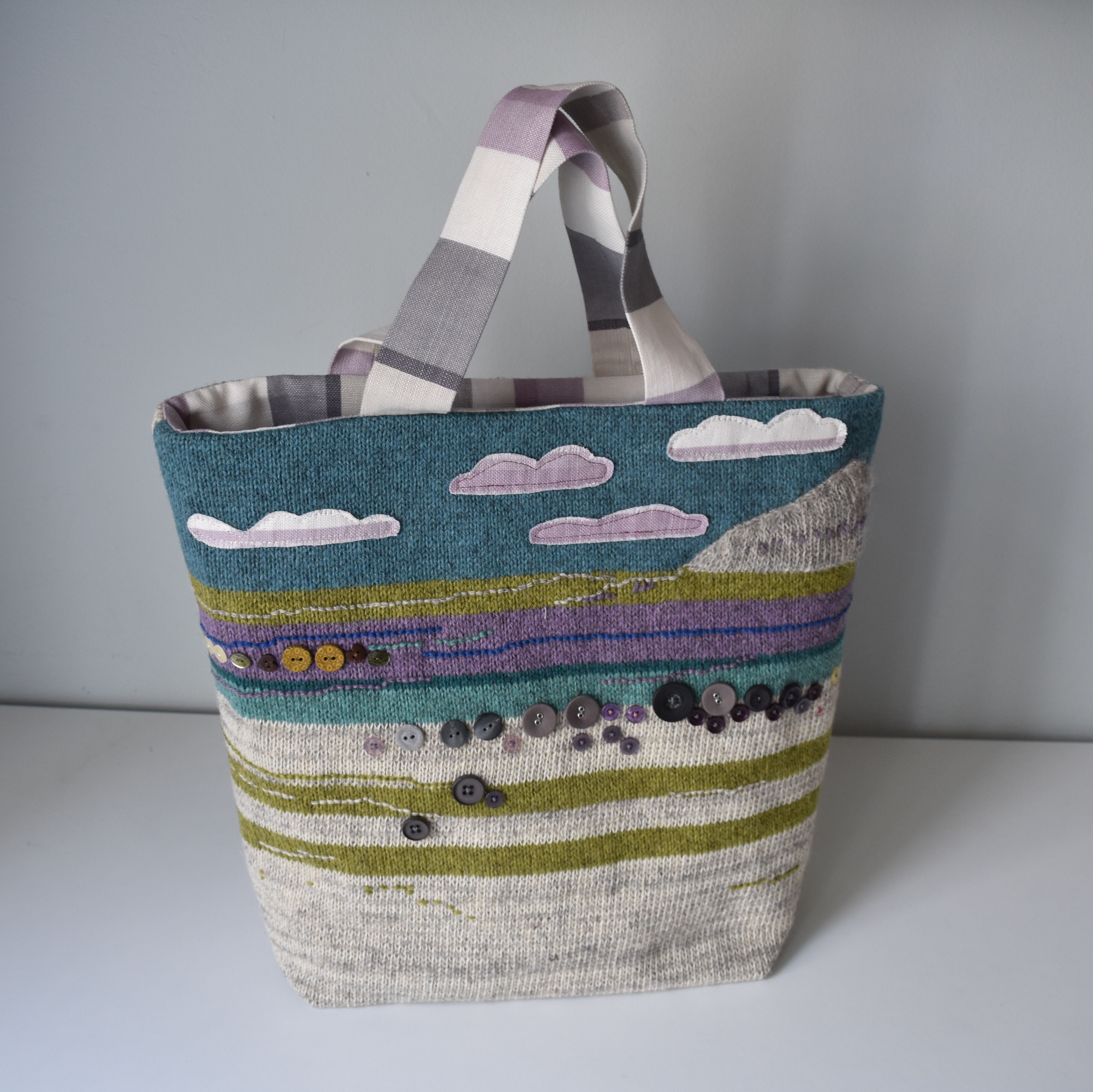 Once the front and a simple back had been completed, I took my sewing scissors to cut out the bag using my own template. Always an anxious moment! I then simply had to sew the various components together to make the finished article.

This shopper-sized bag will be for sale at the Edinburgh Yarn Festival at the Corn Exchange, Edinburgh in March 2018. 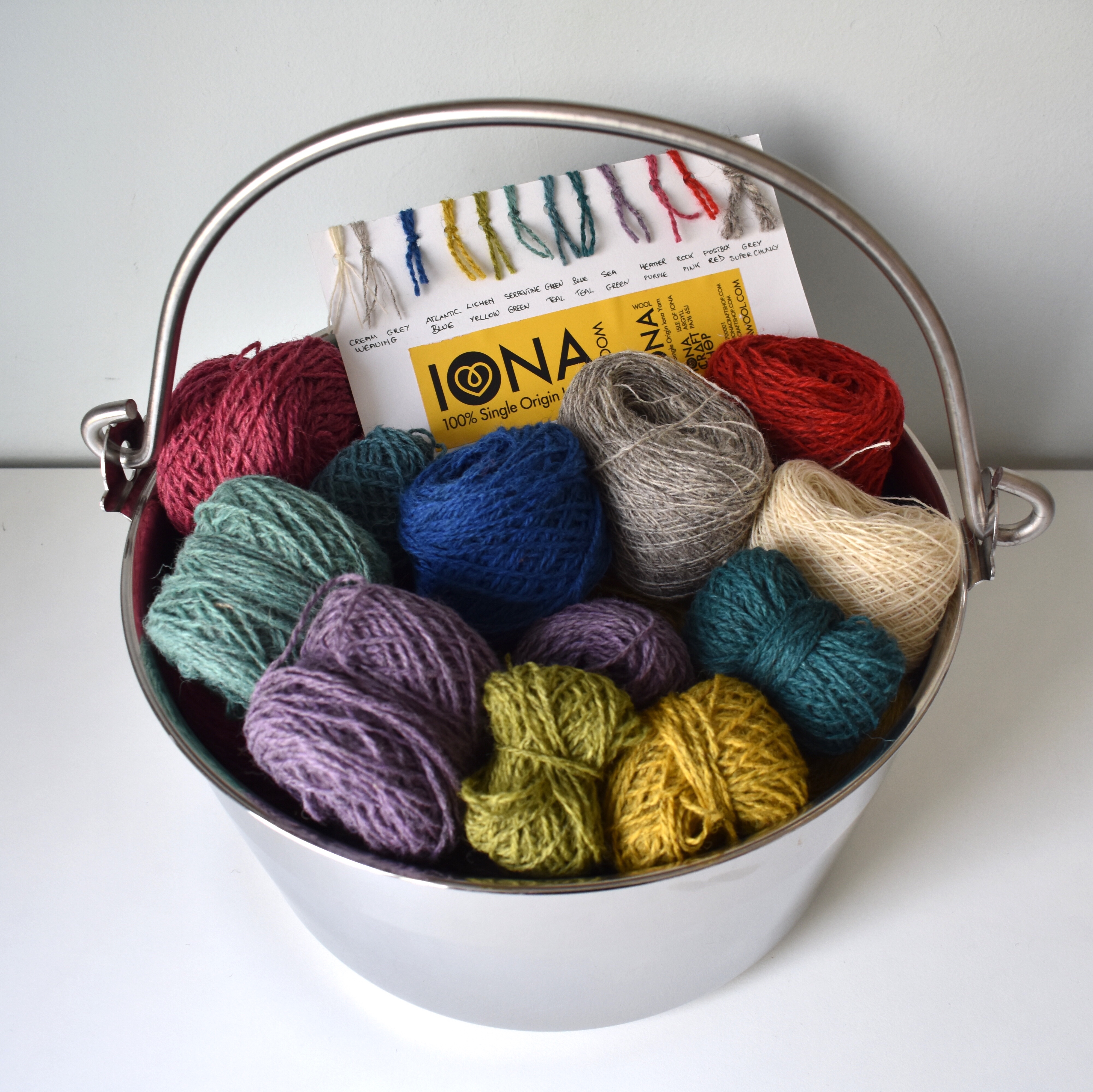